Share a memory
Obituary & Services
Tribute Wall
Read more about the life story of Jeffrey and share your memory.

Jeff was born on March 27, 1967, in Winnipeg, MB to Alvin Vermette and Margaret Parenteau. He had grown up in a group home till he was 16 years old and went to live with his dad. Jeff enjoyed life to the fullest. He loved to watch hockey, baseball and football, his favourite teams were the Winnipeg Jets, Toronto Blue Jays and Winnipeg Blue Bombers. He also enjoyed fishing, hunting, playing cards and bingo.

Jeff and I met in May 1997 and started our life together on June 20, 1997 and have been together ever   since. Jeff was a hard-working man and always made sure we had everything. We lived in Winnipeg for a few years, then came to Russell. For the past 16 years Russell as been our home. Jeff was a labourer and worked for McMunn & Yates and the Co-op in Russell until he got sick. He always had a smile on his face, helping out as best he could. Jeff had a big heart for everyone. Once we became foster parents, he fell in love with Autumn, he called her his baby girl. Then the boys followed. He loved us all and always told us everyday and night.

We got married on October 28, 2000, and our journey flourished. We spent all of our time together and went everywhere until the end.

Jeff will truly be missed by all. He had friends and family from everywhere. Luv ya my sweetheart. It’s not goodbye, it’s see you later, until we meet again my friend, my lover, my sweetheart. You’re still the one I love forever and will cherish the time we had. 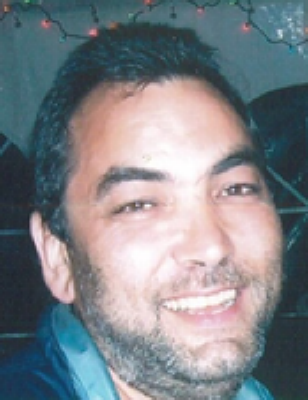