Share a memory
Obituary & Services
Tribute Wall
Read more about the life story of Peggy and share your memory.

Peggy was the first child of Charlie and Margaret (nee Rhodes) Cooper born on June 24, 1947.  She grew up on the farm in the Foxwarren area and then the Village of Foxwarren until 1960 when the family moved to Binscarth.  In 1961 Peggy was attracted to a good-looking young man in a white 55 Chevy and Murray and Peggy were married November 5, 1966.  Between raising two boys and being an active member of her community Peggy worked at the Royal Bank for 24 years, ran her own dog grooming business and served the Village of Binscarth from 2002-2006 as a councilor and from 2006-2010 as Mayor.  She was an avid sports fan, had a passion for music and loved to sing.  She had a deep faith which was evident in her involvement in church choir, committees and lay preaching.  Writing was another passion of hers both for her pleasure and for others including a column entitled Pet Tales that she wrote for The Russell Banner.  There were many organizations and causes near and dear to Peggy which included The Women’s Institute, Vision 2020, Communities in Bloom, Vagabond Theatre, Village Singers, and the Red Hat society.  But probably her greatest love was for her family, especially her grandchildren of whom she was very proud. She will be sadly missed. 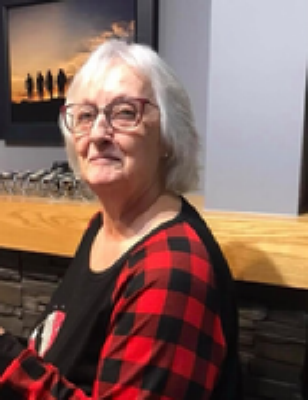